How Dark is Your Personality? - Dr. Nick Keca 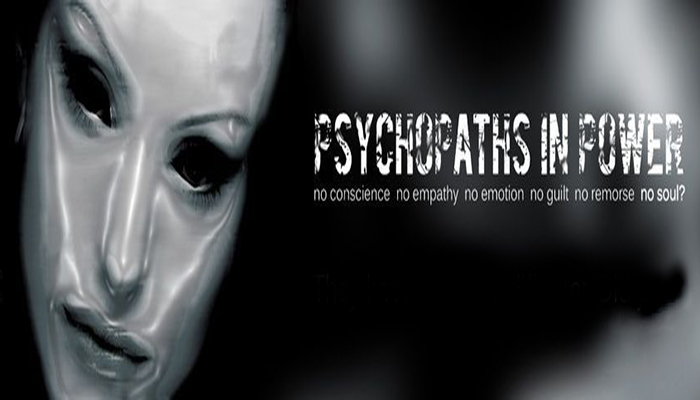 The Global press recently reported that an emerging study has found that dark personality, such as high functioning ‘successful psychopaths’ have become more prevalent since the financial crisis of 2008. This is consistent with other reports that dark traits are increasing [1].

Although the reasons have yet to be fully understood, the view is that Casino-Capitalism[2, 3] means that western society is becoming more competitive and materialistic while increased workload [4] and competitive pressures are causing these dark traits to become more evident [1, 5, 6-9]. In other words, anti-social behaviours associated with dark personality traits, like psychopathy, have evolved in response to the need for these behaviours in modern corporations – and western society.

In the general (sub-clinical) population, high trait psychopathy is characterised by a lack of empathy and concern for other people, social regulatory mechanisms and social norms. Psychopaths are generally bad tempered, highly impulsive and completely devoid of conscience, guilt, or remorse when their behaviours are detrimental to others.

Interpersonally, high psychs are skilled impression managers, they are slick, charismatic and superficially charming. Emotionally superficial, they tend to adopt parasitic lifestyles and may engage in criminal behaviour. They employ high levels of deception, and manipulation and they are described as cunning and crafty. However, they also tend to have an inflated view of their abilities which increases the likelihood that their cloak will be discovered.

Misinformation in the media has created a misconception of psychopathy in the general public. This is more evident still with business professionals who don’t recognise the relevance of psychopathy in their daily interactions in the workplace. Even so, psychologists are recognising that some psychopaths have good impulse control, they are considered to be high functioning and exist relatively undetected. These individuals have been referred to as successful psychopaths, or Corporate Psychopaths, and they are reported to have certain behavioural advantages over individuals that score lower on the psychopathic scale.

For example, a number of studies have shown that trait psychopathy is over-represented in particular vocations/professions, i.e. politicians, CEOs, bankers/financiers, professional services, surgeons/medics, professional buyers, show business/media, police, army, civil servants, clergy, etc… a common feature of which is power and/or disproportionately high financial or motivational rewards, such as status, etc. This led Robert Hare, one of the world’s foremost experts on psychopaths, to conclude that…

“not all psychopaths are in prison, some are in the boardroom…I always said that if I wasn’t studying psychopaths in prison, I’d do it at the stock exchange.”

Bernie Madoff, the New York investment guru, was considered an investment genius and had some of the richest, highest profile individuals on the planet as clients…..until it was discovered that he had swindled them out of US$17bn in a ponzi scheme that somehow duped everyone for years.

Dick ‘The Gorilla’ Fuld, former CEO of Lehman Brothers, is credited with the rapid expansion of Lehman’s (for which he was rewarded with a US$500m compensation package). Conversely, he is also credited with the catastrophic failure of the 158 year old Lehman’s, and the subsequent impact on the global financial system.

Despite reports of no formal banking qualifications, Fred ‘The Shred’ Goodwin, presided over the office of the CEO of Royal Bank of Scotland (RBS). With a notorious reputation for cost cutting (hence The Shred), Fred was credited for the bank’s meteoric expansion, as well as its near collapse in 2008. Scoffing at claims RBS needed more capital at the end of February, The Shred confidently said…

“There are no plans for any inorganic capital raisings of any sort… The capital ratios are there. If you want to go and make up your own, feel free”.

Two months later, RBS made a record £12bn rights issue followed by a second £20bn capital raising c6 months later, with The Shred blaming external events for the challenges faced by the bank.

“The low-hanging fruit, i.e. idiots whose parents paid for prep school, Yale and then the Harvard MBA, was there for the taking… All of this behaviour supporting the aristocracy only ended up making it easier for me to find people stupid enough to take the other side of my trades. God bless America.”

These types of behaviours are widely reported in the press, and usually following some form of crisis. More recently, Deutsche Bank’s CEO, John Cryan, sent a letter to investors and employees to assuage their fears about current events and claiming that…

“a potentially deadly sickness had attacked the nervous system of his bank”. In his letter he says… “Trust is the foundation of banking, some forces in the markets are currently trying to damage this trust.”

To be clear, there’s no intention to suggest that John Cryan, or any of the other individuals mentioned, are corporate psychopaths but aspects of their behaviours could be interpreted as such. The problem for John Cryan is that Deutsche Bank’s woes result from behaviours within his organisation that have seriously breached trust. This has resulted in a massive US$14bn fine by the US Department of Justice (perhaps reassessed to $5 billion), which is now threatening the Bank’s survival and creating volatility in global banking systems. To the casual observer, it seems odd to ask for trust in response to a breach of trust arising from your own behaviour, or to suggest that mysterious dark forces are responsible for the ensuing speculation and volatility.

Since 2008, there has been energetic debate as to whether individuals such as these are responsible for the chaos emanating from the challenges in their organisations, and whether or not their behaviours are consistent with the descriptions of corporate psychopaths/sociopaths. Opinion is divided and there is merit in the various arguments.

In fact, organisational outcomes (whether desired or not) associated with behaviours characterised by sub-clinical personality traits, like psychopathy and/or sociopathy, are a reflection of the interactions between these traits and other environmental or situational factors. It is this interaction that determines whether a tendency simply remains a predisposition, or whether it results in an actual behavioural outcome.

While accepting that there is plenty of scope for accountability in some of these examples, it is easy to blame the individual when things go wrong, but that isn’t the end of the story. We need to reflect, as a society, about what behaviours we really want to recognise and reward, and what behaviours we need to govern, regulate and supervise more diligently than we are currently. Some fundamental questions need answers: –

I sometimes wonder if CEO’s and the organisations they represent have all of the necessary tools, rules and moral/ethical foundation needed to enable them to function responsibly. When times are good, society enjoys the economic success that these individuals create, but not the negative consequences when things go awry and in so many cases the impact goes well beyond the organisations concerned.

On the other hand, do we really want to constrain and discourage investment, hard work, entrepreneurialism and legitimate risk-taking?

Here is Dick The Gorilla Fuld, the CEO of Lehman Brothers in 2007, avoiding blame and displaying his dark side. More surprising, it’s unlikely that anyone familiar with Dick Fuld leading up to this point would be shocked by his behaviour, hence the response from the audience.

What role does the audience’s misplaced laughter and applause have in legitimising Dick’s behaviours and is it possible that previous audiences have contributed to the development of these behaviours?

Dick Fuld, hero, villain, or victim of his own hubris?

You can make your own mind up but Dick didn’t achieve this all on his own. He behaves this way on camera because it has became a normalised behaviour and the environmental/situational factors interacting with Dick’s personality traits weren’t strong enough to curtail the unacceptable excesses of his personality. To better appreciate this we need to look more widely, at the roles of: legislators, regulators, board members, investors, Dick’s past role-models and all of the people that applauded and rewarded his excesses and helped form his behaviours, and wider society that is so invested in the questionable ideal of success at any cost.

Read 1 in 5 CEOs (and Top Corporate Professionals) are Psychopaths

Read more about THE DARK TRIAD

Read more about THE BRIGHT SIDE OF DARK PERSONALITY

How do you score?

If you are interested in seeing how you might score on the individual dark triad scales you can follow the links provided below but please note that they are offered purely to help raise awareness. The sub-clinical versions of these scales are not clinically appropriate, these are just for fun and awareness.

•  do the Narcissistic Personality test

•  do the psychopathy test

Thank you for reading my post and please feel free to share it with others. If you would like to read more on the subjects of personality and virtual teams please Follow Me on Linkedin.

2.      Sinn, H.-W., Casino capitalism: How the financial crisis came about and what needs to be done now. 2010: Oxford University Press.

8.      Lipman-Blumen, J., The allure of toxic leaders: Why we follow destructive bosses and corrupt politicians-and how we can survive them. 2006: Oxford University Press, USA.

Replica Watches
These pace in the procedure is usually to please take a pre-formed unadulterated 24kt platinum ingot (that is designed beneath conditions associated with 1100 diplomas Celsius) and also place the idea around the boron carbide preform in the stove. The 2 resources are then replica watches warmed to 1400 degrees Celsius. At this temp the precious metal is totally liquefied and is restricted underneath bodyweight in the boron's follicles carbide preform. With the stage when the amalgamated can be uprooted the gold essentially appears to have faded.
This wouldn’t adjust anything at all regarding the readability of the observe, because the patek philippe replica symptoms are generally perfectly readable however it does take out of the refinement a lttle bit.